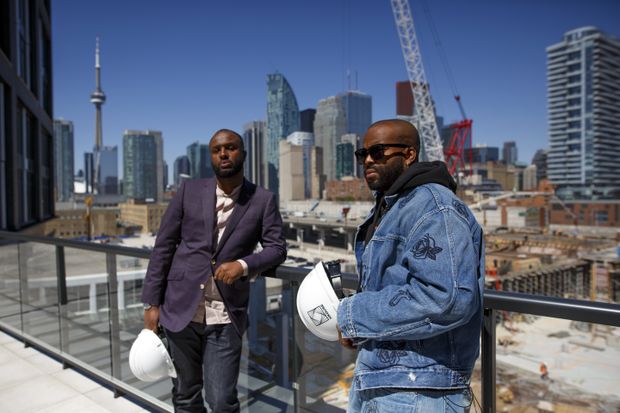 The Weeknd gets behind Hxouse, an incubator for emerging Toronto artists

The brand that helped mastermind the Weeknd’s rise from enigmatic Toronto mixtape king to one of the world’s biggest pop stars will launch a creative agency and incubator space on the city’s waterfront later this year to give the next generation of young, local artists a boost onto bigger stages.

Dubbed “Hxouse” – playing on the Weeknd’s XO record label and creative brand – the facility will be announced Thursday, and is scheduled to open this fall as part of the $28.4-million Artscape Daniels Launchpad space at the former site of the Guvernment-Koolhaus Entertainment Complex on Queen’s Quay. Launchpad is the latest venue for Artscape, a non-profit that develops and provides cultural and creative spaces across Toronto.

Abel Tesfaye, better known as the Weeknd, founded Hxouse with his long-time friend and creative director La Mar Taylor and sports-and-entertainment marketer Ahmed Ismail – all self-made Scarborough natives hoping to use their connections to give back to their community by lending support, financing and space to up-and-coming talent across many creative disciplines.

“I’ve been all around the world, and I’m constantly seeing Torontonians sprinkled throughout different cities,” Mr. Taylor, 28, said in an interview earlier this month after a tour of the unfinished space. “I talk to people: ‘Why are you here as opposed to Toronto?’ And they’re like, ‘There’s no creative industry in Toronto.’ If you have a talent and want to make it big, you have to go elsewhere to get it. So that’s been a big issue for the city: the lack of resources. We’re lacking that thing to keep our talent here.”

While they won’t disclose their investment to start Hxouse, Mr. Ismail said it would be at least $10-million. 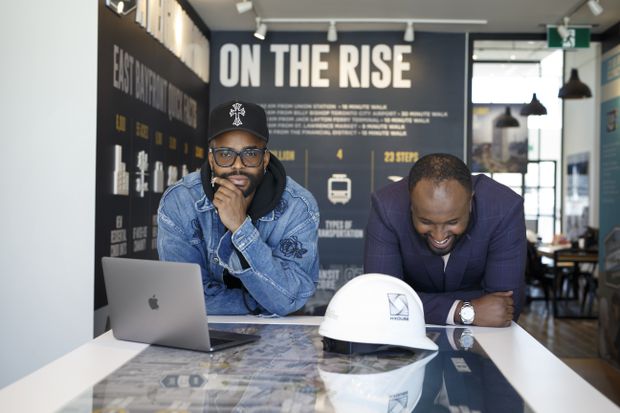 Hxouse will bring together the multidisciplinary creative operations behind XO, which has grown to include a fashion label co-founded by Mr. Taylor that has collaborated with brands and designers such as Alexander Wang, H&M and Puma. As a talent incubator, it will partner with Artscape Daniels Launchpad to bring in artists from many disciplines, including fashion, music, and visual media, for mentorship programs, brand partnerships as well as collaboration opportunities with the minds behind XO. Launchpad will offer a flagship mentorship program that will see 30 of its members each year work with Hxouse and leverage XO’s connections both locally and abroad for creative opportunities.

The Hxouse team also plans to invest in its participants, Mr. Ismail said: There are plans for an in-house seed-financing fund and discussions with a number of venture-capital firms to help get business ideas off the ground. Its co-founders see it as an extension of tech-style startup support for the creative class. “In the tech world, you have tech incubators, but there’s no hub for creatives,” Mr. Ismail said.

Mr. Taylor and Mr. Ismail will be the de-facto faces of Hxouse, while the Weeknd, who lives primarily in Los Angeles, will for the most part be a silent partner. (The notoriously press-shy singer was unavailable for an interview.)

The Weeknd’s rise began with a trilogy of free mixtapes in 2011; as his star rose, so, too, did that of the crew of friends who supported him – including Mr. Taylor, a photographer with whom the musician had dropped out of high school to move downtown. Mr. Taylor soon began to take on much of the Weeknd and XO’s branding and other creative decisions. He has designed everything from stage sets to official merchandise, and was named to Forbes’s 30-under-30 list in 2017, just a year after his pop-star friend. 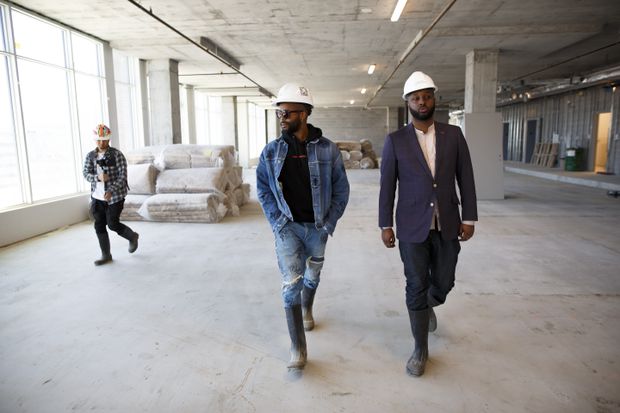 Mr. Taylor and Mr. Ismail will be the de-facto faces of Hxouse, while the Weeknd, who lives primarily in Los Angeles, will for the most part be a silent partner.

In mid-2017, Mr. Taylor posted a cryptic series of tweets about giving back to his community. “I’m tired of seeing missed opportunities for creatives who didn’t have the tools,” he wrote. It turned out that Mr. Ismail, now 33, had a similar idea – to build some kind of entrepreneurship facility for Toronto creatives and youth – and saw a perfect partner in Mr. Taylor. He joined the XO crew on the Weeknd’s world tour supporting his latest album, Starboy. He and Mr. Taylor had daily meetings backstage, taking time to tour incubators in cities such as Hong Kong, Berlin and San Francisco.

“We want to cut down on the gaps of what artists need to learn – the learning curves of how to make themselves an independent, talented person who is employable,” Mr. Ismail said. “So now we’ll have classrooms, curriculums [and] industry professionals who will be teaching them different things like how to prototype a product, how to protect their [intellectual property].”

Artscape, meanwhile, had for years been workshopping the idea of a centre for developing entrepreneurship skills and centralizing resources for the city’s creative communities. Last April, the organization announced Artscape Daniels Launchpad – a 30,000-square-foot space at the Daniels Waterfront-City of the Arts Centre. Mr. Ismail saw synergies between their ideas, and reached out, striking a deal to take space in the building, and design programs together to funnel talent from Launchpad to Hxouse.

Launchpad, which will also open in the fall and will begin its membership campaign Thursday, will give members across numerous creative disciplines access to programming, facilities and mentorship they often lose after they finish postsecondary education – or never have access to at all, if college or university is out of reach.

“It’s very much about supporting the community we live within, and the artists within that community, to help them accelerate their careers,” said Karim Rahemtulla, Launchpad’s managing director.